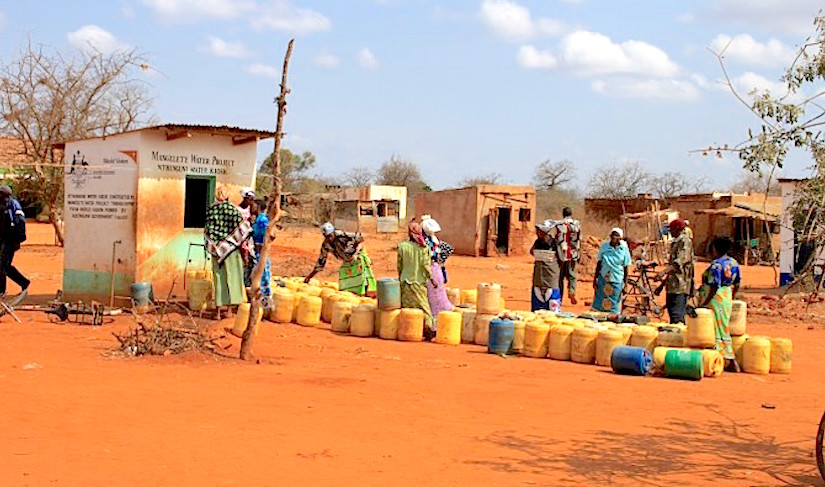 No such thing as a free lunch

“Before we used to get some good rains that enabled us to get enough food but in the recent years it has been gradually decreasing and we are now not able to get enough food, even though we put efforts in farming.”

Migration and conflict over sparse resources are already on the rise, and if current trends continue, hunger and poverty are likely to become more widespread.

Every country in the world uses its land for food and water. For those of us who are lucky enough to enjoy abundant water from a tap and buy any food we want from a supermarket, it’s not something we have to consider very often.

But the reality is that fertile land and sustainable water sources are diminishing at a frightening rate. In fact, desertification of land poses one of the greatest challenges of our times. 12 million hectares of land (greater than the size of Portugal) is lost to desertification every year. This equates to an area where 20 million tons of grain could have been grown.

Until recently, smallholder farmers in the world’s poorest and driest regions were bearing the most immediate effects of desertification, but the loss of arable land is quickly becoming a global problem.

California in the United States, for example, declared a state of emergency earlier this year due to its fourth consecutive year of severe drought. Usage of water for households, business and farmers has been severely restricted, having a real impact on people’s incomes and day-to-day lives. As a result, farmers in California are planting less crops, reducing food production, which in turn is having a negative impact on food prices.

If current trends continue, it is thought that land degradation over the next 25 years could reduce global food production by up to 12 per cent, resulting in a 30 per cent increase in world food prices. Migration and conflict over sparse resources are already on the rise, and hunger and poverty are likely to become more widespread, reversing hard-won development goals.