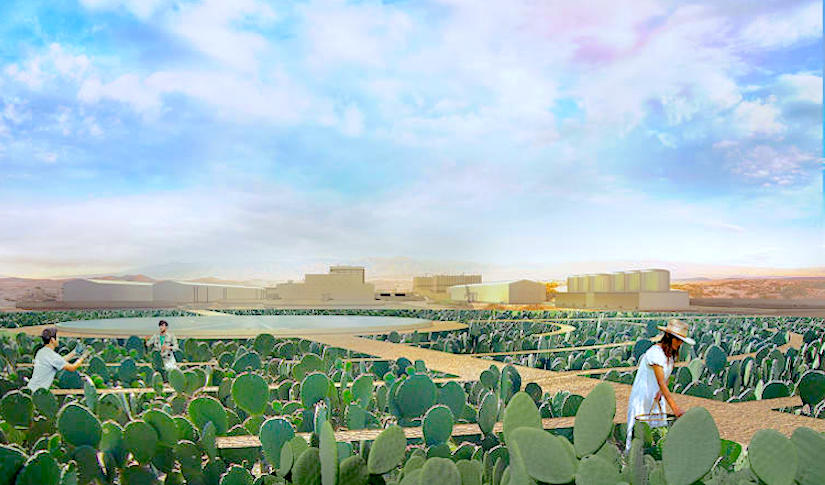 California Has No Water, So It Might Be Time To Start Farming Cactus

Livestock can eat the drought-tolerant cactus, and we can eat the livestock, and everyone can be happy.

As California lurches through a fourth year of drought, it’s still the country’s top producer of thirsty crops like almonds, tomatoes, and nectarines. One designer thinks it might be time to try focusing on something else: Cactus.

“It was quite an amazing coincidence to find that cactus is not only drought tolerant and edible, but that it has the ability to clean water,” she says. “It was only logical and efficient to combine these two functions into one facility to minimize transportation costs and fuel.”

Since a surprisingly large amount of water on California farms goes to crops like alfalfa that are used for livestock feed (this is a large part of the reason why a single burger uses660 gallons of water), Chen wanted to find a replacement. Cactus, it turns out, can serve as a healthy substitute for at least part of a cow’s meal, and the plant is already in use in some other drought-prone regions, like Texas.