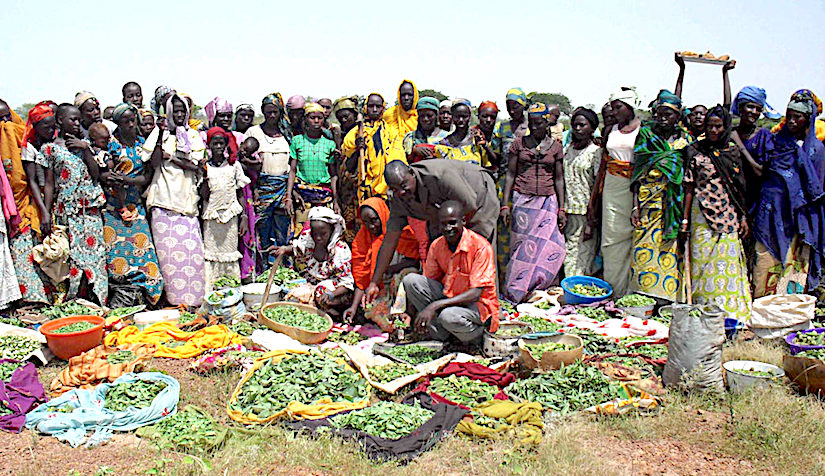 In eastern Niger, 241 hectares of degraded land was converted into productive farms for 10,770 women through the Bio-reclamation of Degraded Lands (BDL) system. This has resulted in a 50% increase in agri-income over non-BDL participants. These impacts are from a mid-term evaluation study conducted at the end of three years of a five-year project.

The results were shared with the local communities in 172 villages in the district of Mayahi (Maradi region) and Kantche (Zinder region) in a series of meetings over the past few months.

The initial results of the impact evaluation conducted by the ICRISAT socio-economics team show that the BDL system had a positive effect on women by giving them access to land and increasing their income. The 0.02 hectare piece of land allocated to each woman in the BDL plot of 1 ha resulted in an average increase in the household income of women participants by 14,345 FCFA (US$26) which is approximately a 50% increase over non-BDL participants. This does not include income from the forestry component, which if added raised the average household income to US$100.

The BDL system has an agroforestry component that incorporates high-value trees and vegetables in a holistic system, with the aim of reversing damage to soils caused by overgrazing and intensive farming. It is a climate-smart technology that helps regenerate the landscape by improving soil fertility through carbon sequestration via tree roots and reducing soil erosion.