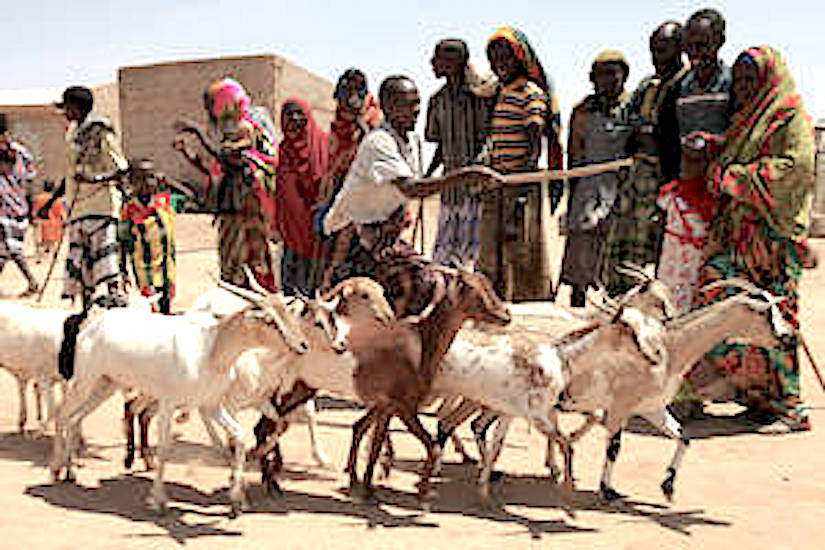 Farmers in the Horn of Africa need urgent support to recover from consecutive lost harvests and to keep their breeding livestock healthy and productive at a time that pastures are the driest in years.

With continued drought, Horn of Africa braces for another hunger season

Countries in the Horn of Africa are likely to see a rise in hunger and further decline of local livelihoods in the coming months, as farming families struggle with the knock-on effects of multiple droughts that hit the region this year, FAO warned today. Growing numbers of refugees in East Africa, meanwhile, are expected to place even more burden on already strained food and nutrition security.

Currently, close to 12 million people across Ethiopia, Kenya and Somalia are in need of food assistance, as families in the region face limited access to food and income, together with rising debt, low cereal and seed stocks, and low milk and meat production. Terms of trade are particularly bad for livestock farmers, as food prices are increasing at the same time that market prices for livestock are low.

Farmers in the region need urgent support to recover from consecutive lost harvests and to keep their breeding livestock healthy and productive at a time that pastures are the driest in years. Production outputs in the three countries are grim.

“We’re dealing with a cyclical phenomenon in the Horn of Africa,” said Dominique Burgeon, Director of FAO’s Emergency and Rehabilitation Division. “But we also know from experience that timely support to farming families can significantly boost their ability to withstand the impacts of these droughts and soften the blow to their livelihoods,” he stressed.

For this reason, FAO has already begun disbursing emergency funds for rapid interventions in Kenya and Somalia.