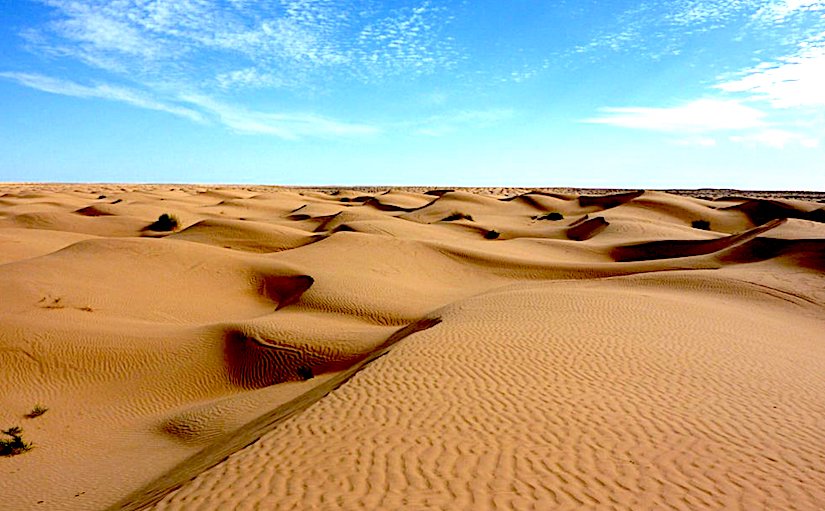 The Sahara desert was lush and green 10,000 years ago. Within a few thousand years it became barren. Humans are now thought to have pushed it over the edge – Wonker / Flickr

Did humans turn the Sahara from a lush, green landscape into a desert?

Cattle grazing on pastures that were on an ecological knife edge could have pushed the Sahara onto the path of desertification.

The Sahara used to be a fertile landscape with lush vegetation thousands of years ago, but something killed that landscape, leaving only desert behind. Neolithic humans may have played a role in pushing it over the edge of an ecological tipping point, an archaeological study finds.

The Sahara used to be a lush, green environment as little as 6,000 years ago, when humans grazed cattle on green pastures. Theories for what turned the Sahara into a desert in a period of just a few thousand years include shifting circulation in the tropical atmosphereand changes in the Earth’s tilt.

Archaeological evidence now suggests that Neolithic humans who grazed cattle on the Saharan pastures played a role as well. These pastoral communities pushed the delicate ecosystem past a tipping point that led to widespread desertification, according to a paper published in the journal Frontiers in Earth Science.

Study author David Wright of Seoul National University, South Korea, mapped the spread of scrub vegetation, which is a precursor to full desertification, and evidence of Neolithic cattle grazing. As more and more vegetation was removed from the land, the albedo – or amount of light reflected from the ground – increased, changing the atmospheric conditions over the Sahara. This in turn made monsoon rains less frequent.

About 8,000 years ago, cattle-grazing communities originated near the River Nile and began gradually to spread to the west of the continent. Rather than the spread of the communities happening in response to desertification and loss of vegetation, the humans could have been actively driving the desertification, Wright suggests.