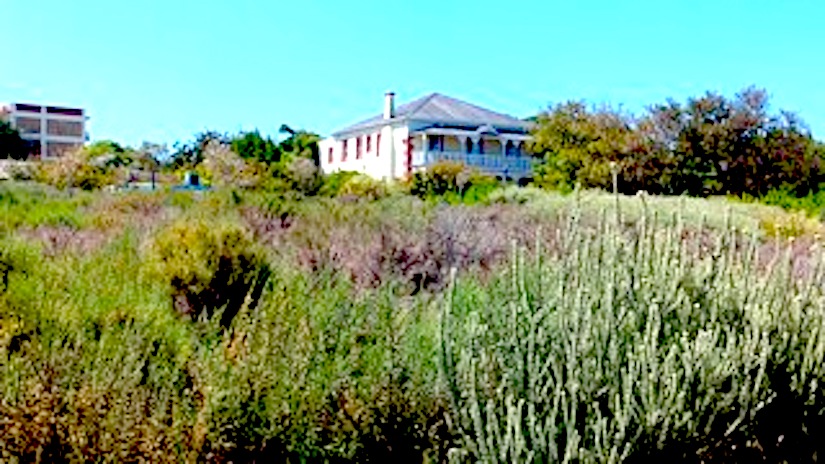 Posted by New World on Monday, April 3, 2017 Under: Drought
It’s great to visit a project designed using local plants and finding just how well it survived the severe drought we’ve been experiencing in Cape Town over the last few years!

Bloemhof Electricity Headquarters was constructed in winter 2013 and had established over 3 summer seasons before the water was turned off in November 2016 with the onset of Stage 3B water rationing, no irrigation! This is the ultimate test of a planting scheme’s success.

We visited site in late March 2017 after 5 months of a very hot, dry and windy summer wondering what we would find. Thankfully, it was a success! Over 90% of the planting survived, probably over 95% in ground, but only about 50% of roof planters survived sadly. That was the end of over 3 years of good growth and full development of the shrubs.

The secret to the success can be put down to good soil preparations, careful plant choice, and the advantage of 3 years establishment albeit that the last two summers were in drought. Irrigation was always limited on the project to hand watering on an as-needed basis, so the plants were slowly weaned off wet nursery conditions.

It was interesting to see that the soil conditions were patchy and a couple dry places with higher plant losses or droughting occurred. It remains to be seen if these plants will recover from dropping their leaves, a typical drought response, or if the plants have succumbed. Wild Rosemary seemed to suffer the most in one area drier than elsewhere.

On the other hand, there were beds in the car parks naturally watered from permeable paving; the restios planted there, which are typically quite drought sensitive and died elsewhere, were thriving, lush and green, from all the water that penetrated the paving and was directed under their roots.