Along the slopes of Radan Mountain in southern Serbia, tourists are attracted to an atypical sight of rock formations. In Djavolja Varos (Devil’s Town), about 200 pillar-shaped rocks dot the landscape. While local myths recognize the unusual formations that stand 2 to 15 meters high and 4 to 6 meters wide as the work of devils, science explains the natural phenomenon with erosion.

The Balkans, just like the entire Mediterranean area, is erosion prone. Devil’s Town is a visible reminder of nature’s formidable power. High intensity rainfall compounded with deforestation of mountainous areas have led to more recent soil erosion that affects not only cultivated land, but also grassland and evergreen shrub ecosystems.

“Soil erosion by water presents an important problem in Serbia resulting in degradation of the soil resources, reducing soil fertility and agricultural production,” said Snezana Dragovic, Full Research Professor at the Vinca Institute for Nuclear Sciences, University of Belgrade. “The conversion of pastures to arable land enhances this problem, and there is an increasing need for obtaining reliable information on soil erosion rates.”

In the last decade, the Vinca Institute adopted fallout radionuclide (FRN) methods for soil erosion assessment (see Fallout radionuclides help to assess soil erosion), with the support of the IAEA in partnership with the Food and Agriculture Organization of the United Nations (FAO). In addition to the assessment of the effects of land use on soil erosion and the efficiency of soil conservation measures, the results were compared to erosion rates indicated by Serbia’s soil erosion map that was produced in 1983. The Vinca Institute intends to continue FRN sampling to update the map.

“Serbia has a long history in soil science, and the soil erosion problem has been intensively studied by Serbian scientists,” said Emil Fulajtar, a soil scientist at the Joint FAO/IAEA Division of Nuclear Techniques in Food and Agriculture. “Serbia introduced the erosion potential method (EPM), also known as the Gavrilovic equation, for erosion rate estimation in 1959. EPM became a widely used method in Europe and was also used to prepare the soil erosion map of Serbia.”

Though the map is regarded as one of the world’s best erosion maps, an update is needed. Erosion varies over time. A single heavy rainfall can generate more erosion than the sum of all the remaining rainfalls in the year, and in some cases, erosion may not occur in 2 to 3 years or it may be extremely prevalent, Fulajtar explained. The caesium-137 (Cs-137) method helps to address these irregularities because it provides long-term mean erosion rates over more than 30 years.

In one of the first case studies conducted about 150 km southeast of Devil’s Town, using Cs-137 the erosion rates measured a soil loss of between 2.4 to 8.9 tonnes per hectare per year (t/ha/y), approximately 73 percent more than the rates indicated in the 1983 erosion map of Serbia. “The results obtained so far indicate that at steep slopes with grassland occupying large areas in South Serbia, the erosion is a serious threat,” Dragovic said.

The national capacities built with the support of the IAEA technical cooperation programme will contribute to the assessment of soil erosion and the utilization of the FRN method to support soil conservation. “The Vinca Institute will use the FRN technique for systematic assessment of soil erosion across the country, and the results will be used to support Serbia’s action plan pertaining to its commitment with the United Nations Convention to Combat Desertification,” Fulajtar said. “Soil conservation measures are tedious and costly, so prioritization of interventions is crucial. The data obtained with Cs-137 can guide the identification of priority targets for conservation and restoration.” 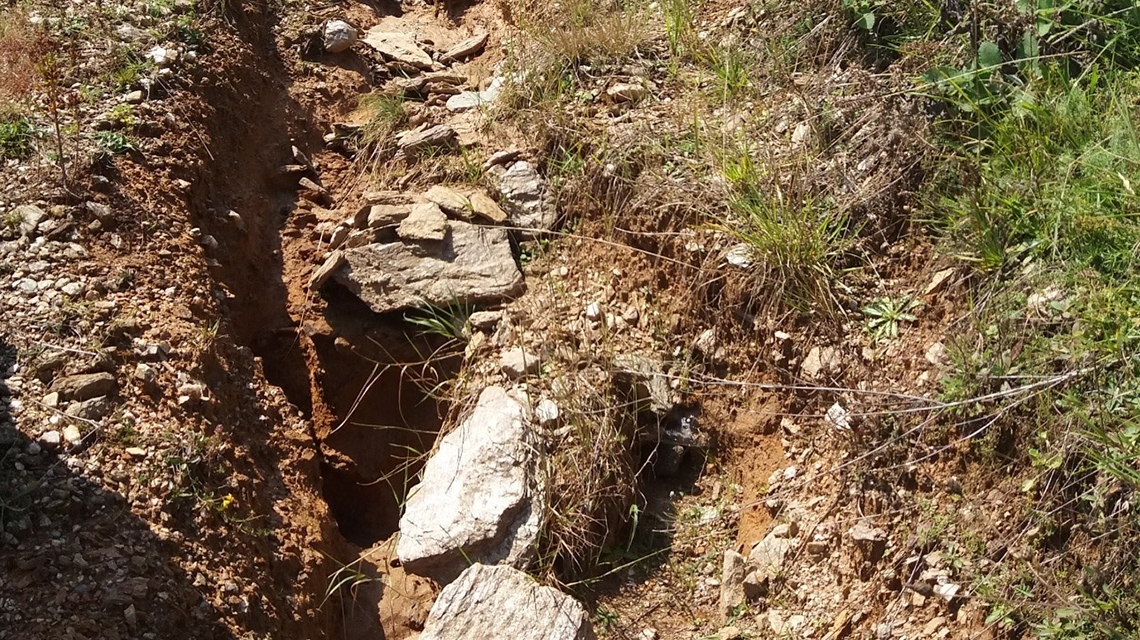