However, a study by the University of Bonn shows that this does not apply to all regions in the Sahel

Fifteen years ago, the African Union decided on an ambitious program: degraded ecosystems in parts of the Sahel are to be successively restored in order to secure food for the people living there and to protect the soil against further degradation. At the same time, the African Great Green Wall is an important contribution to combating climate change. A study by the University of Bonn and the Food and Agriculture Organization of the United Nations (FAO) now shows that it also makes economic sense – although not everywhere in the Sahel. The analysis also shows how much violent conflicts threaten the success of the program. It has now been published in the journal Nature Sustainability.

The Sahel extends south of the Sahara from Senegal in the west to Ethiopia in the east of Africa. Vast areas of the formerly fertile region are now virtually uncultivated. Reasons are droughts, poor agricultural cultivation methods as well as overuse due to the growing demand for food and firewood.

The “Great Green Wall” initiative aims to compensate for and reverse this loss through mass planting of native trees and grasses. 100 million hectares of land are to be restored in this way. So far, however, this ambitious goal is very far from being achieved – partly because of a lack of financial resources.

However, this could change in the future: Earlier this year, various donor countries pledged nearly $15 billion to the project at the One Planet Summit for Biodiversity. “In order to use these funds efficiently, we now have to ask ourselves where and for which measures they should be used most sensibly,” emphasizes Dr. Alisher Mirzabaev of the Center for Development Research (ZEF) at the University of Bonn.

Every dollar invested yields a 20-cent of net returns

The agricultural economist has led a study that provides an answer. The researchers divided the Sahel region into 40 million plots of 25 hectares each. For each of these, they then analyzed which land restoration measures would be possible and how much they would cost. They compared this calculation with the economic benefits that could be achieved.

“On the one hand, these include the so-called provisioning services,” explains Mirzabaev: “These are the things that are produced by the ecosystems: Food and drinking water, raw materials such as wood or medicinal plants.” There are also other effects, such as a better climate, less wind erosion or pollinators services, which in turn increase the farmers’ crop yields. They, too, can have a price tag attached to them today.

The results show that building the “Green Wall” is also economically worthwhile. But how much depends on a number of factors. As a rule, reforestation would be the most advantageous economically and ecologically. But it takes decades for a few hundred seedlings to grow into a forest. The investment therefore only bears fruit in the very long term.

The situation is different when degraded areas are converted into farmland. “Ideally, the first harvest is then possible after just one year,” says Mirzabaev. Cropland restoration can thus pay for itself comparatively quickly, with many poor smallholder farmers also preferring quick returns from their restoration activities. However, the profits that can be achieved as a result are significantly lower, as are the environmental effects.

“In our analysis, we work with different scenarios, some of which are aimed more at short-term benefits, while others are more long-term,” explains the agricultural economist, who is a member of the Transdisciplinary Research Area “Sustainable Futures” at the University of Bonn. The so-called baseline scenario, for example, includes a mixture of both short-term and long-term returns. In it, every dollar spent yields an average net return of 20 cents.

Half of the profitable regions are too uncertain for action

However, there are huge regional variations in this. The most positive economic balance is for parts of Nigeria, Eritrea and Ethiopia. This is where the investment in the “Green Wall” is most worthwhile. To finance all the proposed measures in this scenario, a sum of 44 billion U.S. dollars would be needed. This would allow 28 million hectares of land to be restored.

However, the analysis also shows that this will probably only work in theory. The reason is that, due to violent conflicts, many of the regions where it would make sense to build the Green Wall are simply too unsafe for such measures. “If we take out these areas, we are left with just 14 million hectares,” Mirzabaev points out. “This shows how much such disputes not only cause direct human suffering, but also prevent positive development of the affected regions.”

Funding:
The study was funded by the European Union. 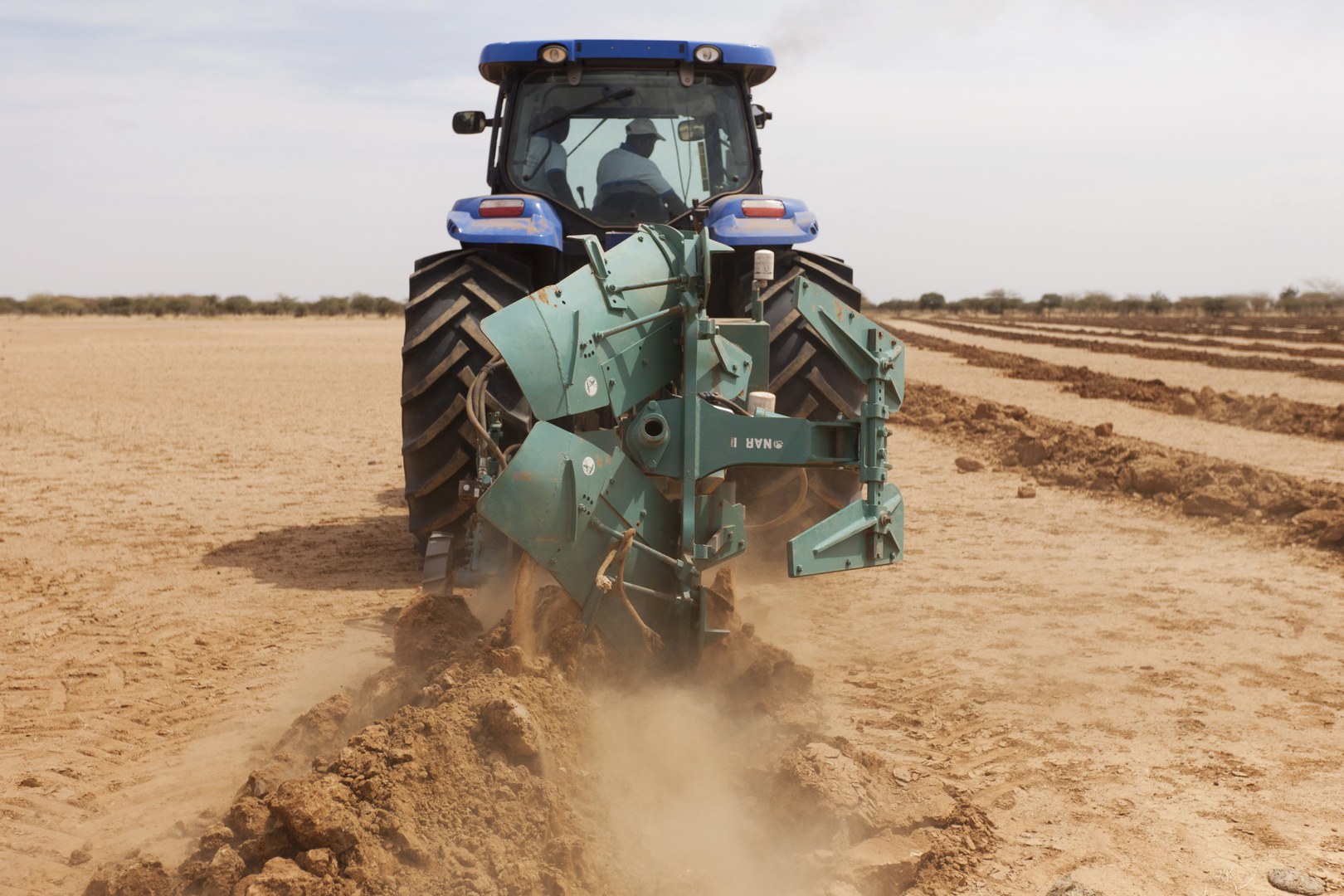 Preparation for restoration – of the “Green Wall” in Burkina Faso© FAO, http://www.fao.org/in-action/action-against-desertification/en 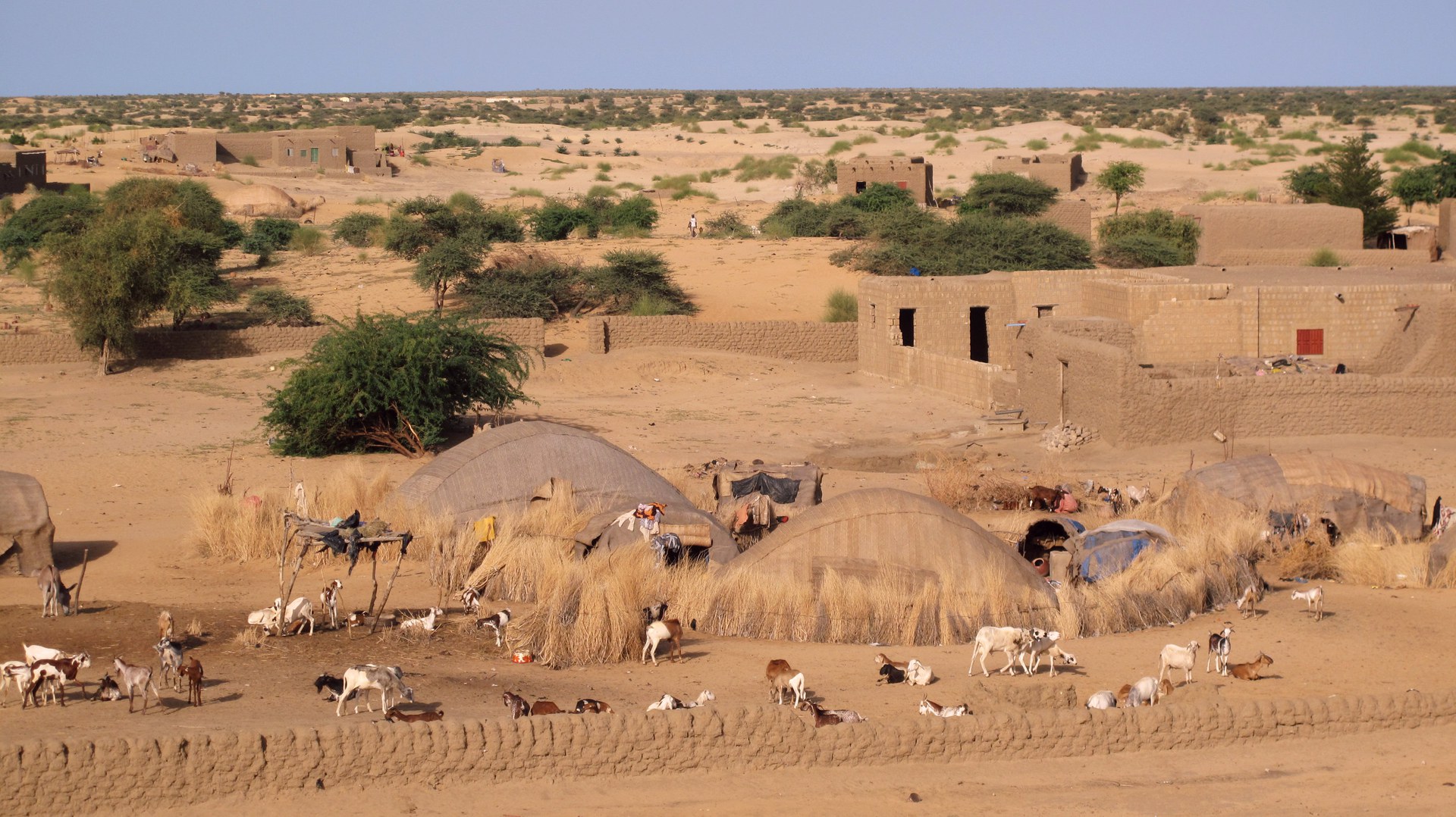 A Sahel village – near Timbuktu on the edge of the “Green Wall”© FAO, http://www.fao.org/in-action/action-against-desertification/enCONTACT: