The desert has never been far from Dubai’s doorstep. Now a modern financial hub of some three million people, the United Arab Emirates’ (UAE) most populous city remains surrounded on one side by sea, on the other by a seemingly endless carpet of sand.

Over the last 50 years the city has become a somewhat improbable success story, transforming from a sleepy fishing port to a shining urban metropolis. But despite its opulence, the city faces a major challenge: encroaching deserts which threaten the emirate’s remaining fertile land.

The UAE is around the same size as Portugal, but some 80% of its land area is already desert. Its ecosystem is fragile and, partly due to desertification, much of its most valuable land is coming under increased strain. A government report published in 2019 stated that “with an increase in population and food consumption systems, land degradation and desertification are becoming rampant”. Finding effective solutions has become a priority for the country. The goal is not to conquer the desert, but to restore areas of land that are no longer productive.

The UAE is uniquely positioned compared to many other countries affected by desertification in that it has the financial clout needed to nurture ideas and innovations. Dubai, especially, is making noises around going green, investing heavily in supporting green startups and tech-led education institutions with an environmental slant.

Dubai’s very existence is testimony to what can be achieved when ambition and focus are financially backed. The mentality which helped build a city on sand is now being harnessed to fight against the desert’s encroachment. If successful, the solutions developed here could have a major impact globally. 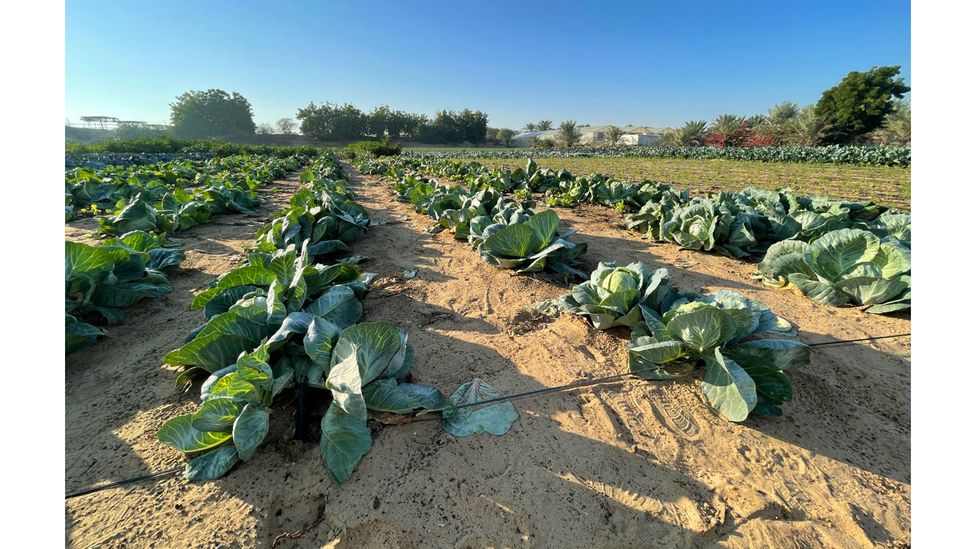 Desertification is a type of land degradation whereby fertile, farmable land in arid or semi-arid regions becomes unproductive. It typically occurs when natural resources such as water and soil are overburdened, which makes the land less able to support vegetation. While it can happen naturally, desertification is increasingly prevalent both in the UAE and globally due to human activities such as overgrazing, intensive farming and infrastructure development.

“Desertification occurs when land and vegetation, usually at the borders of deserts, is overstressed,” says William H Schlesinger, a biogeochemist and president emeritus of the Cary Institute of Ecosystem Studies in New York. He has studied deserts for more than 30 years. “The result is a lower productivity of vegetation and often a transition to vegetation types that are less useful to human activities.”

Approximately 12 million hectares (46,000 sq miles) are lost around the world each year as a direct consequence of drought and desertification. That’s the equivalent of 2,000 American football fields every hour. To put that into context, if those fields were lined up end to end, you would have to drive at 130 mph (210km/h) just to keep pace with desertification’s spread.