in The Point (Banjul)

The permanent secretary at the Ministry of Parks and Wildlife and Environment, Ousman Sowe, has said the growing threat of global warming, desertification, land degradation and loss of biodiversity is, no doubt, becoming increasingly apparent in The Gambia.

He made this statement while delivering a speech at the graduation ceremony for 26 students at the Forestry School in Kafuta.

The graduands were 16 from the Forestry department and 11 from Department of Parks and Wildlife.

According to PS Sowe, large areas once covered with dense impenetrable forests teeming with wildlife have now been degraded to the threshold.

He also indicated that most of the forest lands have now become wastelands, “impossible or costly to recover”.

“Weather patterns are now unpredictable with devastating effects of droughts and floods,” he said, adding that heavy winds are eroding the soils of their nutrients which are essential for agricultural production “thus depriving us of our livelihoods and forcing many people into poverty and out-migration.

“It is our collective responsibility to ensure delivery of better services to our communities which suffer the greatest impacts of land degradation,” he further stated. 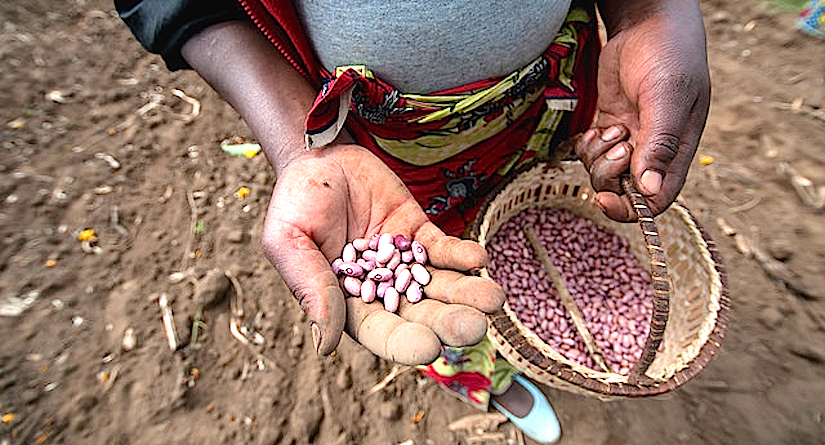 The eyes of the world are on Paris as leaders from 195 countries continue to hammer out a global agreement on how to address climate change, a threat that is expected to have huge impact on the ability of some communities to grow food.

Take beans, for example. Beans are a cheap and healthy diet staple for millions, especially in developing countries. But they don’t like the heat. Some studies estimate that global warming could halve bean production by 2050.

While ministers negotiate a new 29 page draft agreement, a senior bean researcher at CIAT – Steve Beebe – spoke to German broadcaster Deutsche Welle about the threat rising temperatures pose to beans, and how a new bean developed to survive drought and heat could be a game changer for bean production, especially in east Africa.

Listen to his interview

Beans are grown, eaten and sold around the world and are especially popular in East Africa. Estimates suggest the new heat-beating bean, currently being tested in Colombia at CIAT’s headquarters, could enable farmers to expand bean production in east Africa into lowland areas, making a huge positive contribution to food security and incomes.

Find out more about beans that beat the heat.

Larger trees suffer most during drought in forests worldwide

The frequency of severe droughts is increasing in many regions around the world as a result of climate change1,​2,​3. Droughts alter the structure and function of forests4,5. Site- and region-specific studies suggest that large trees, which play keystone roles in forests6 and can be disproportionately important to ecosystem carbon storage7 and hydrology8, exhibit greater sensitivity to drought than small trees4,5,9,10.

Here, we synthesize data on tree growth and mortality collected during 40 drought events in forests worldwide to see whether this size-dependent sensitivity to drought holds more widely.

We find that droughts consistently had a more detrimental impact on the growth and mortality rates of larger trees. Moreover, drought-related mortality increased with tree size in 65% of the droughts examined, especially when community-wide mortality was high or when bark beetles were present. The more pronounced drought sensitivity of larger trees could be underpinned by greater inherent vulnerability to hydraulic stress11,​12,​13,​14, the higher radiation and evaporative demand experienced by exposed crowns4,15, and the tendency for bark beetles to preferentially attack larger trees16.

We suggest that future droughts will have a more detrimental impact on the growth and mortality of larger trees, potentially exacerbating feedbacks to climate change.

(Photo : FIU) Kenneth Feeley measures the diameter of a tree in the lowland Amazonian rainforest.

That’s at least according to a study recently published in the Proceedings of the National Academy of Sciences (PNAS), which details how tropical tree species in the Andes are at risk of extinction with ongoing warming.

“The effects of climate change are everywhere – you can’t escape it,” Kenneth J. Feeley, a researcher with Florida International University, said in a statement. “Some people hold the notion that the Amazon is an isolated ecosystem, immune to [temperature] disturbances. We need to change our mindset and open our eyes to the fact that even in the middle of the Amazon or the remote Andes Mountains, species are at risk. Tropical forests, and the thousands of rare or endemic species they support, are highly sensitive to changes in climate and that they are perhaps some of the most threatened ecosystems of all. Climate change is pervasive and dangerous.”

According to Feeley, while the effects climate change and rising temperatures have on forests have indeed been extensively studied, researchers have mostly focused on aging adult trees or a forest as a whole. That’s why the researcher and his team decided to look closer – specifically at low-altitude verses high-altitude trees. What they found was a stark example of how climate change’s influence can go unnoticed.

Kenya is still suffering from the weather phenomenon El Niño that hit it in 1997 and 1998. This severe example of the recurring Pacific Ocean event brought abnormally high rainfall and sea temperatures to Kenya.

Flooding irreparably damaged mangrove systems and higher ocean temperatures killed coral reefs, depriving many marine species of their breeding grounds and sources of food. Since then, fish numbers have fallen along the Kenyan coast. Those who earn a living from fishing have had to go further out into the ocean, spending more time but still ending up with lower catches.

And this situation could worsen as climate change increasingly warms the planet.

Helping farmers adapt to the impacts of climate change can also significantly reduce greenhouse gas emissions, finds a new study released today by one of the agricultural agencies of the United Nations system.

“What this report shows is that smallholder farmers are a key part of the solution to the climate change challenge,” said Michel Mordasini, Vice President of International Fund for Agricultural Development (IFAD). “With the right investments, smallholders can feed a growing planet while at the same time restoring degraded ecosystems and reducing agriculture’s carbon footprint.”

IFAD chose UNESCO’s Our Common Future under Climate Change Science Conference in Paris to release details of its latest research with the Research Program on Climate Change, Agriculture and Food Security of the Consultative Group on International Agricultural Research (CGIAR).

The study finds reducing emissions may not be as big a burden as some may believe and could be another benefit of adaptation activities. The study, released today, examines IFAD’s portfolio of projects focused on making smallholder agriculture more resilient to climate change.

Inadequate funding for adaptation programmes is one of the acute challenges preventing countries in Sub-Saharan Africa from effectively addressing the impacts of climate change, experts say.

Delegates who attended the 9th International Conference on Community-Based Adaptation to Climate Change (CBA9) held in Kenya on 27-30 April heard that insufficient and uncertain financing has made it difficult for African countries to enhance and sustain effective adaptation programmes to deal with the adverse effects of climate change.

Finding a way to get increased investments from the private sector specifically devoted to adaptation programmes provides the greatest opportunity to combat climate change in Sub-Saharan Africa, the conference heard.

Climate change ‘may worsen instability in ME’

One of the reasons was the potential displacement of large populations, which might have to relocate to escape flooding.

However, he added that renewable energy could hold the key to a more peaceful Middle East.

“In Egypt, an increase of 50cm, or almost 20 inches, in the sea level would cause millions of people to flee the Nile Delta, with security consequences for the entire region,” he explained.

“Increased desertification of unstable areas, such as the Sahel (in Africa), would foster the growth of criminal networks and armed terrorist groups, which are already thriving there.

“Similarly, climate disruption would exacerbate the threats that are currently concentrated in regions from Niger to the Arabian Gulf.” 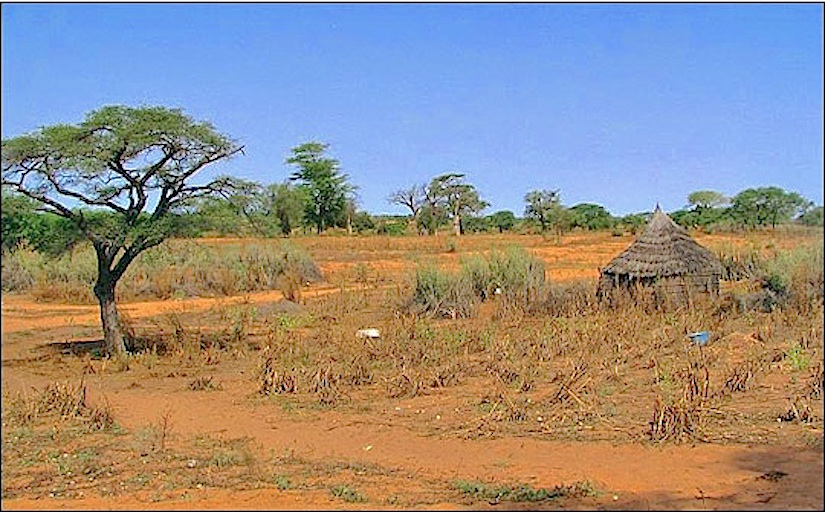 Near Wolof village of Ndiagene in Senegal in the Sahel. 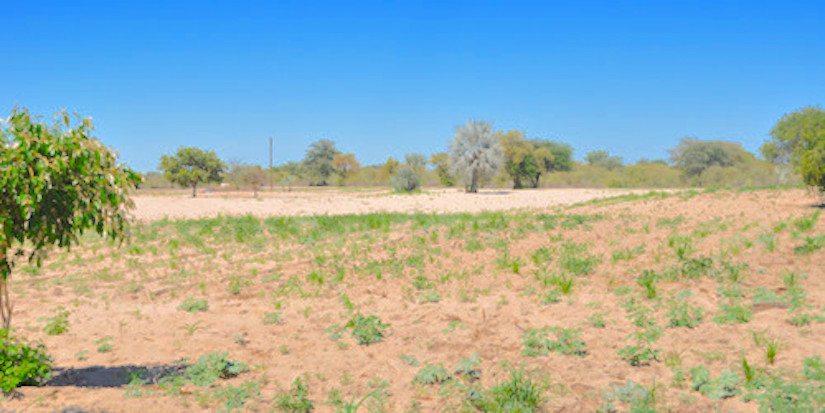 Namibia will host another first for the country when it facilitates the Ministry of Environment and Tourism’s African Drought Conference under the theme: “Enhancing resilience to drought events on the African continent” at a local hotel from May 11 to 15, 2015.

Africa is highly vulnerable to drought events with about a third of the population living in drought-prone areas and 97 percent of agriculture being rain-fed.

Drought has devastating economic, environment and social impacts in terms of loss of human life, food insecurity, reduced agricultural productivity, and degradation of natural resources. Namibia is the driest country south of the Sahara and is currently suffering the effects of another drought.

The majority of African countries continue to be inadequately prepared to cope with droughts, which are set to become more frequent with climate change.

Only a few countries in the world have fully-fledged drought management policies, while interventions in most countries tend to focus on reacting after the event rather than mitigating the impacts of drought through enhancing preparedness over the long term.

According to the study by Green Africa Foundation, a non-governmental agency, Kenya loses an astonishing 5.6 million trees daily, despite relentless campaigns on environmental conservation.

The research findings reveal that 64.6 percent of all Kenya’s 8.7 million households (based on the 2009 national population census) depend entirely on firewood as their cooking fuel, where each harvests between 10kgs and 20kgs of firewood daily.

The deforestation problem in Kenya captures the situation on the entire African continent.

Studies show that at the end of 1990, Africa had an estimated 528 million hectares, or 30 percent of the world’s tropical forests. In several Sub-Saharan African countries, the rate of deforestation exceeded the global annual average of 0.8 percent.

While deforestation in other parts of the world is mainly caused by commercial logging or cattle ranching the leading causes in Africa are associated with human activity.

Developing countries rely heavily on wood fuel, the major energy source for cooking and heating. In Africa, the statistics are striking: an estimated 90 percent of the entire continent’s population uses wood fuel for cooking, and in Sub-Saharan Africa, firewood and brush supply approximately 52 percent of all energy sources.

Droughts in Syria and California linked to climate change

Syria and California have both recently suffered their worst-ever droughts, exacerbated by global warming. Syria’s may have helped trigger its bloody civil war, but not California’s, which instead brought vermin invasions and wildfire. The difference points to the resilience that will be needed in a warming world.

Colin Kelley of the University of California, Santa Barbara, and his colleagues analysed Syrian weather data since 1931, and found steadily less winter rainfall, which is crucial for crops, and higher temperatures, which dry soils faster. The only explanation for such a change over that timescale lies in man-made greenhouse emissions, says Kelley. Climate models, his team found, consistently predict such changes for the Fertile Crescent, the Middle Eastern area that includes Syria and Iraq.

The researchers used a statistical technique to separate the long-term drying that appeared linked to climbing CO2 emissions, from yearly, natural ups and downs in precipitation. Those natural variations led to the occasional drought by themselves, says Kelley. But, he adds, “the long-term drying trends exacerbated the recent drought, making it the most severe in the observed record.” Crops failed from 2006 to 2009 in Syria’s northeastern region that is its breadbasket – then when rains returned, they triggered an explosion of yellow rust, a wheat fungus, that killed up to half the crop.